Sustainable Use of Our Land and Waters 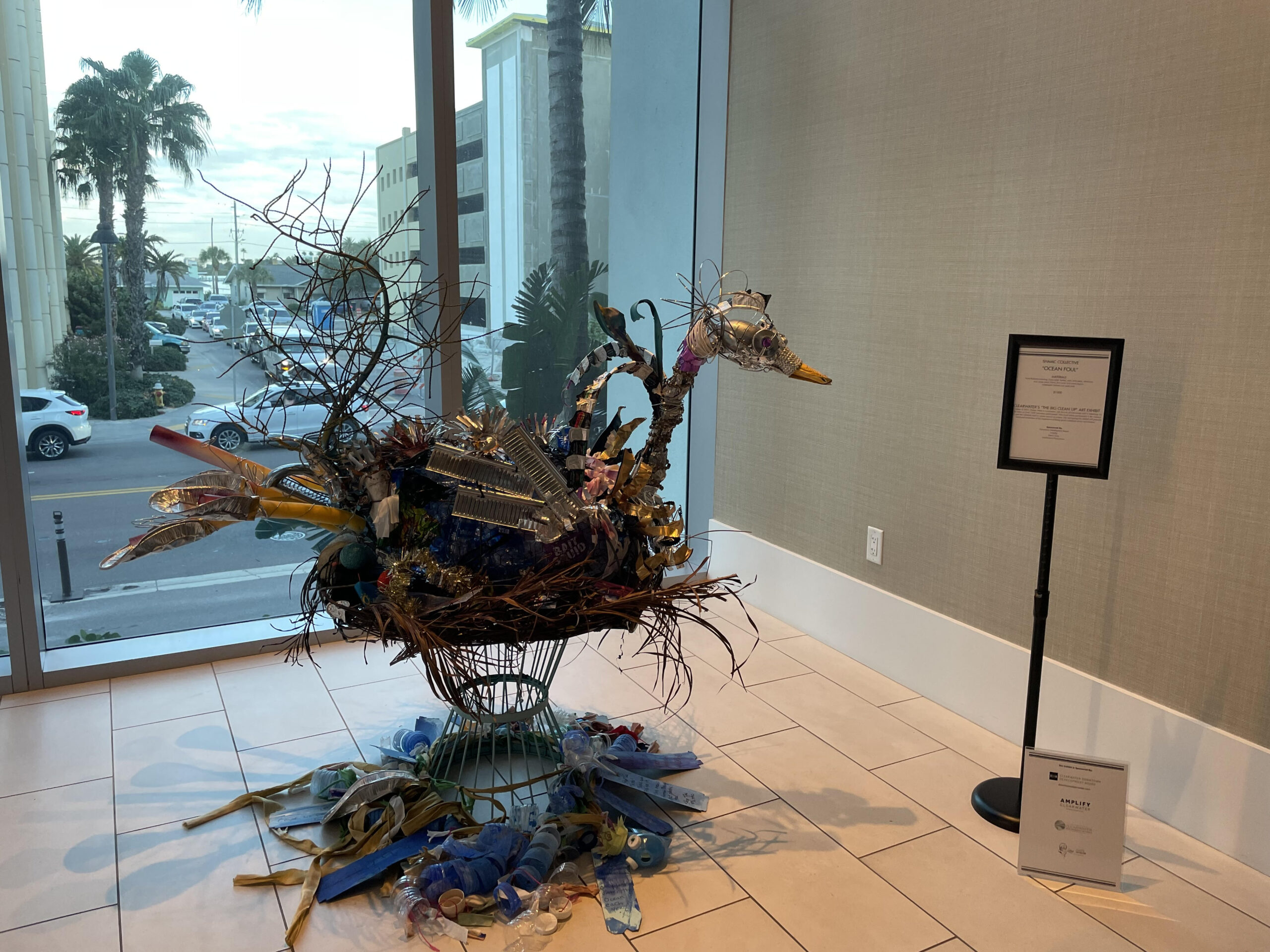 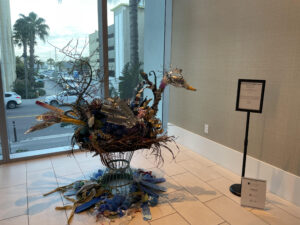 The project is part of SHAMc’s Artreach program, led by up-cycle artist and activist Heather Richardson and Michael Montini.  They will guide the creation of a community contributed sculpture, using the collected and found trash during the Hope Spot Festival. The creation will take place in front of the gazebo with full community contribution.

At 9am on February 12th, during HopeSpot Festival, Blue-Green Connections is partnering with Keep Pinellas Beautiful, Sweetwater Kayaks and Water Warrior Alliance for a waterfront cleanup.  Trash collected from this cleanup and throughout the festival will be utilized to create this  piece of art that is expected to later reside in John Grant Hubbard Park on Edgewater Drive in Dunedin next to the Hope Spot Signage.

Kumpa Tawornprom, well known for creating large art sculptures at them parks, Clearwater Marine Aquarium, etc, has been working with SHAMc artists to create the armature.  Join us and be a part of this community contributed work of art!!

BLUE-GREEN CONNECTIONS, INC. IS A 501(C)(3) NOT-FOR-PROFIT ORGANIZATION WITH REGISTRATION NUMBER CH59415. ALL GIFTS MADE TO THIS ORGANIZATION ARE TAX-DEDUCTIBLE TO THE EXTENT PROVIDED BY LAW.  A COPY OF THE OFFICIAL REGISTRATION AND FINANCIAL INFORMATION MAY BE OBTAINED FROM THE DIVISION OF CONSUMER SERVICES BY CALLING TOLL-FREE (800-435-7352) WITHIN THE STATE OR BY VISITING WWW.FRESHFROMFLORIDA.COM.  REGISTRATION DOES NOT IMPLY ENDORSEMENT, APPROVAL, OR RECOMMENDATION BY THE STATE.